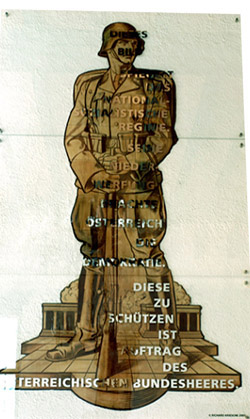 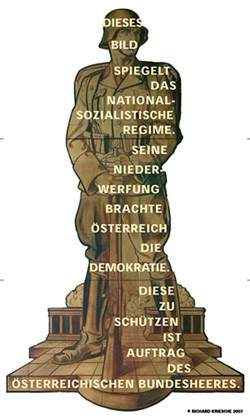 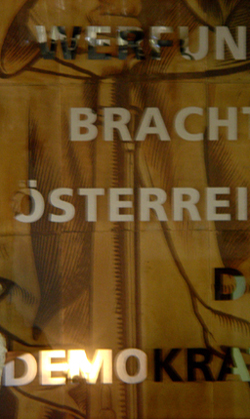 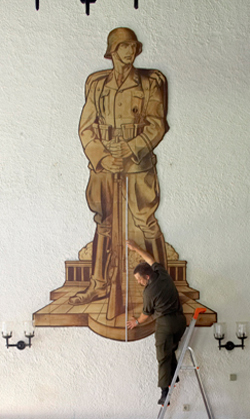 the armycamp “khevenhueller-kaserne” in austria has been built during the naziregime. a painting of a ss-soldier still exists in its dining room. finally in 2007 the ministery of defense had given order to make a statement of the democratic austria against the nazi regime together/next to the ss-soldier. a given wording of the ministery of defense had to be used. i redesigned the text according to the ss-soldier’s outline, the letters written in silver. the text was fixed on a transparent glassplate, which then was mounted infront of the painting. the text now covers fragments of the ss-soldier and the ss-soldier uncovers fragments of the text. both content and gestalt of the text reflect the intended “democratic presence”.