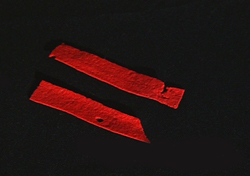 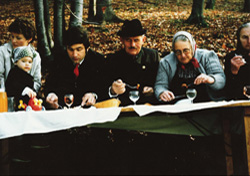 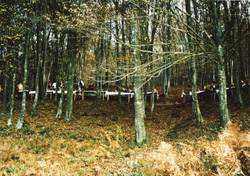 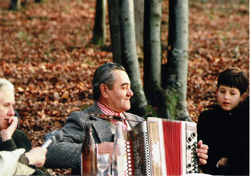 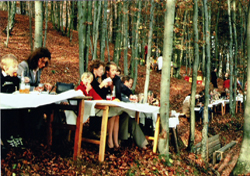 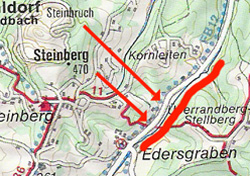 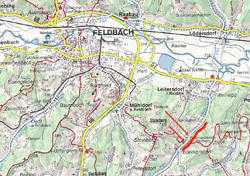 a research project to the foundations of art

on the location of the 1945 frontline of heavy fighting between the german and soviet army -actually the very last days of world war II- i started searching for remains of world war II in 1982 within the population of the former battlefields. but absolutely nothing could be found but instead one great evidence showed up, when the artist invited the witnesses of war with their families along the former frontline in 1985: three immaterial remains originated in that cruel time and survived: ART, – two pieces of red felt to decorate the uniforms of russian soldiers-; MUSIC- a russian folksong to entertain russian soldiers -; POETRY- the “last poem” of a 16 year old girl in angst of the russian invaders.