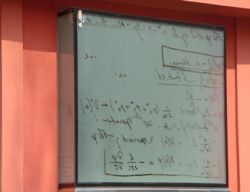 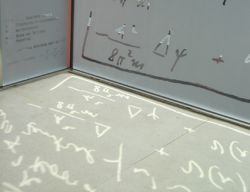 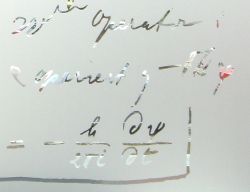 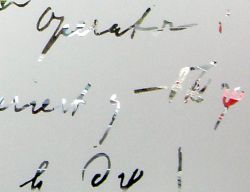 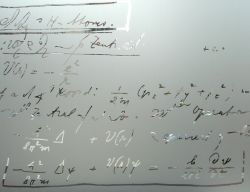 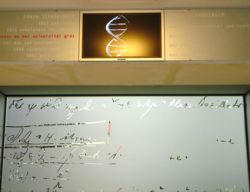 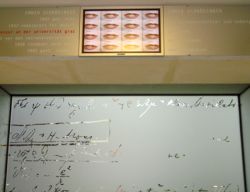 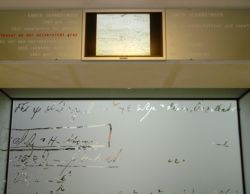 in the years 1936 /38 erwin schrödinger – quantum phsicist and nobel laureat – was lecturing at the university of graz. but instead of further teaching, schrödinger had to flee from the nazis over night. the lecturing papers of those years he had to leave behind and they survived by chance. many years after world war II they were rescued in the very last minute out of the university’s own garbage can. a window rin the well known ‘schrödinger school’ designed and set up by r.k. epresents an hommage to the man and physicist erwin schrödinger. if one intends to look through the etched glass window, you will see nature only through schrödinger’s handwritten explanation through the world famous “schroedinger equation” of the found lecturing papers. if one enters a specific but unmarked spot infront of the window the “schrödinger video” will appear.