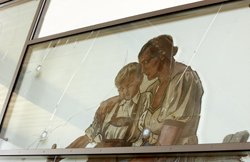 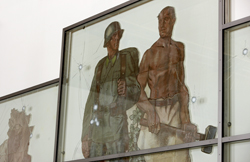 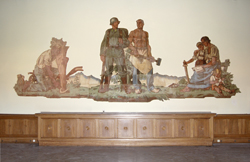 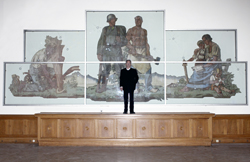 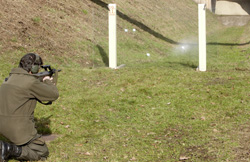 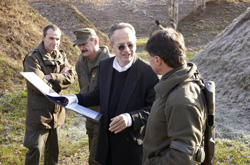 a monumental nazi painting in a former nazibarracks, but now in use by the austrian army, survived undamaged and unchanged until 2008, when the ministery of defense commissioned richard kriesche to “go over” the original painting. instead to paint it over, or to cover it up, or to smash it, it has further been kept unchanged and even untouched. the painting got its final gestalt by its own given means of expression. it has been covered up by six transparent glassplates which had been shot before by an austrian soldier.