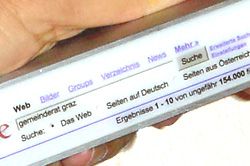 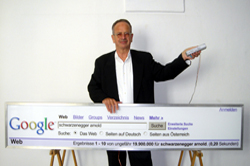 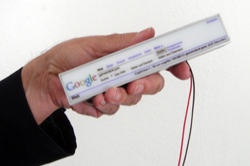 2. on behalf of this ruling two lightboxes have been built. both of their sizes equalsexactly the amount of inputs in the searchmachine google on may 20th, 2006 schwarzenegger arnold and gemeinderat graz.